Southern Pines – The O’Neal School was honored to host the screening of the documentary “Unforgotten – In Memory of the Flying Tigers” followed by a reception in honor of the family of 2nd Lt. Robert Hoyle Upchurch on Saturday, January 30th.

2015 marked the 70th anniversary of the end of World War II. To commemorate this special anniversary, the governor of Hunan Province Mr. Xu Shousheng and North Carolina Governor Pat McCrory agreed to jointly produce a documentary on the Flying Tigers based on the story of Robert Hoyle Upchurch.

2nd Lt. Robert Hoyle Upchurch was a native of High Falls, NC and was a Flying Tiger whose plane crashed in the Hunan Province of China. The Flying Tigers were three fighter squadrons made up of pilots from the Army, Navy and Marines that were given the mission to defend China against Japanese forces before the United States officially entered into World War II.

The Chinese version of the documentary was completed and aired on Hunan TV on September 2, and received wide attention in China. On September 19, it received the best documentary award in the 2015 Davis International Film Festival in Davis California. In a letter from Xiao Bailing, Director General, Hunan Foreign Affairs Office, he states, “I believe with the premiere of the English version of this documentary in the United States, more Americans will have the opportunity to learn about the stories of the brave Flying Tigers and the friendship between the Chinese and American people fostered by the sacrifice of the lives of many American pilots during WWII. Robert Hoyle Upchurch was one of them. The Chinese people will forever remember their contribution to the victory of the Chinese War against the Japanese invasion during WWII and to the peaceful life Chinese people enjoy today.”

The Flying Tiger connection has led to the formation of the Hunan-North Carolina Sister State relationship and the Zhijiang-Pinehurst, Zhuzhou-Durham Sister City relationships, all of which were formed under the influence of the late North Carolina Senator Harris Blake and continues to flourish with cooperation from the Carolina China Council.

In the last two years, with the help of the Carolina China Council and Dr. Xie, O’Neal has established a partnership with Zhushou Foreign Language School and Nanfang High School.  O’Neal has hosted visits with their faculty and students, and O’Neal faculty members have visited them in China.

Those attending the screening and reception were members of the Upchurch family, Secretary of Commerce John Skvarla, guests from the Chinese Embassy, O’Neal Trustees, members of the Carolina China Council as well as friends and admirers of the late Senator Harris Blake. 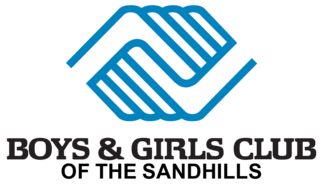 The Boys & Girls Club of the Sandhills