SOUTHERN PINES: Two rising ninth graders, have been chosen to receive four-year scholarships at The O’Neal School. Caelan McHarney has been awarded the Helen Pringle Holmberg Scholarship. Shelby Wray is the recipient of the Hannah Marie Bradshaw Scholarship.

The Holmberg, and Bradshaw Scholars are selected based upon the students’ demonstration of scholastic ability, leadership potential and strength of character. The scholarship process included an extensive application with essays and an interview with members of O’Neal’s Board of Trustees and O’Neal Head of School John Elmore.

The Helen Pringle Holmberg Scholarship is given in honor of Helen Holmberg, an O’Neal graduate and the School’s first John Motley Morehead Scholarship recipient. Helen’s father, the late Centre W. Holmberg, Jr., served as chairman of O’Neal’s Board of Trustees. Current O’Neal students that meet grade point average requirements and are nominated by O’Neal faculty are considered. Caelan is the daughter of Charlie and Melissa McHarney becoming the 20th Holmberg Scholar.  Caelan is a current O’Neal student active with the Jr. Beta Club as well as a three-season student-athlete. Caelan is an all-conference player on the varsity girls basketball team, co-captain of the middle school girls soccer team and holds the 7th best girls running time for the Falcons in cross country. She also participates in various school clubs and community/church efforts.

The Hannah Marie Bradshaw Scholarship is given in memory of Hannah Marie Bradshaw. Hannah spent half of her life as an O’Neal student and she loved the School as a positive place that helped her reach her true potential. Students not currently enrolled at O’Neal are considered. Shelby Wray, the 13th recipient of the scholarship, is the daughter of Billy and Anne Wray of Pinehurst. Shelby is a present 8th grade student at West Pine Middle School and recently got to play her clarinet with the area Irish Exchange program. Last year, she placed 8th chair in the state for clarinet.

Applications for these scholarships are accepted at the beginning of each calendar year. They can be obtained by visiting The O’Neal School website.

An independent, college preparatory school for pre-kindergarten age 3 thru grade 12, The O’Neal School is dedicated to the development of academic excellence, strength of character, and physical well-being of its students. O’Neal prides itself on having 100% of its graduates receive acceptances to colleges and universities throughout the nation.  The O’Neal School is currently accepting enrollment applications for the 2018-2019 school year. For more information, contact the Admissions Office at (910) 692-6920 or go to www.ONealSchool.org. 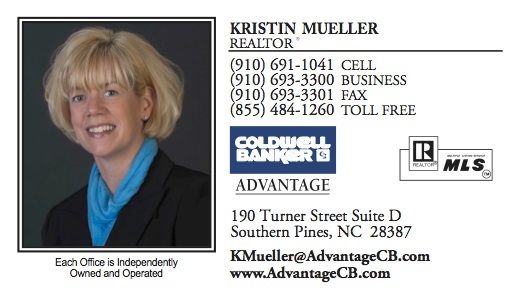